18 Fascinating Lost Cities Of The Ancients That Were Rediscovered 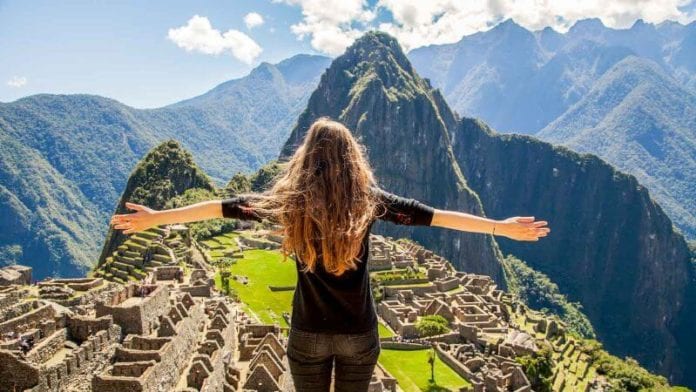 In the world around you and the one that is away from your eyes, there are a lot of elements that can leave you astounded. There had been entire well-settled cities that had been destructed or lost. However, these are still some of the greatest attractions for interested travelers. Well, for such interests, I am up with the list of most fascinating lost cities of the ancients.

Even when the cities no more breathe life, there are numerous fascinating elements that are to be explored here. History is a book filled with endless astonishing chapters out of which some are marked as abandoned yet appreciable. Such are some of the lost cities in the world.

This may hold on to a great interest for travelers who are passionate about exploring history. However, if you are not sure about which excursion to take, here are some of the best picks for you:

Apart from the spectacular beaches, this is one of the most popular attractions situated on the Yucatan Peninsula. With a culturally advanced civilization, this was known to be a wealthy Mayan city. Along with ruins, there are also, well-preserved structures conveying a lot of stories of the past and the mastermind architectural insights.

El Castilo remains to be a major attraction here with 365 steps reaching up 90 feet high allure the place and remains to be popular among tourists worldwide.

Location: Tinúm Municipality, Yucatan, Mexico
Nearby Attractions: Templo de Kukulkan, Gran Juego de Pelota, Temple of the Warriors, El Caracol, The Red House Chichanchob, Sacred Cenote, Cenote Ik kil.
Timings: Open every day from 8 am to 5 pm.
Entry Charges: 188 pesos per person for (Non-Mexicans); Free for children 12 and under and there’s an extra charge for use of a video camera or tripod on the site.
Note: The entry charges at Chichen Itza as of 2018 is: $242 pesos per person*

This is one of the most photographed, most visited and perhaps the most picturesque among all lost cities. Set amidst some extremely spectacular mountain regions, this ancient city allures terraces, rocks, and beautiful high elevations. On a partly clouded day, this view is truly mesmerizing.

You may also choose to take up the Inca trail for an experience of a lifetime. Hiking would surely let you soak in the tranquility of the surroundings well.

Location: 08680, Peru
Nearby Attractions: Huayna Picchu, Intihuatana Stone, Inca Bridge, Temple Of Condor, Paucarcancha Ruins, Winay Wayna, Moon Temple, Temple Of The Sun, The Sacred Rock, Roca Sagrada.
Timings: The visiting hours are from 6 am to 5.30 pm and it’s closed at night. Also, the entrance to Machu Picchu is in two shifts now:

This is one of the best among any lost cities of the ancients. This popular ancient city was known to be destroyed in 79 AD due to the eruption of Mount Vesuvius. The city was known to turn into ashes and these ashes also worked well in keeping it preserved.

The fleeing citizens here were known to freeze into the mid-escape positions as it is and converted to mummies. There are ancient amphitheaters, forums, and bakeries. The city remained buried under ashes for over 1700 years. This is moreover, a great exploration.

Situate amidst the basic mountains on the slope of Mount Hor. This ancient existence allures the valley connecting the Dead Sea and Gulf of Aqaba.

There are many impressive rock carvings and stone structures narrating stories of its past. Hued in rose-red, this city is an awe-inspiring cultural heritage at the place. Visiting here would prove to be an amazing experience.

Location: Jordan
Nearby Attractions: Street of Facades, Al-Khazneh, The Royal Tombs, Colonnaded Street, The Great Temple.
Timings: The visiting hours of Petra is open each day from 6 am to 6 pm during Summers and 6 am to 4 pm in Winters.
Entry Charges:

Known to be one of the oldest traceable cities in world history, Sukhothai is popular for the unique artworks it allures. Situated in the Sukhothai Historical Park, Thailand this is a probably great attraction among travelers and explorers.

It is a 27 square miles of land boasting over 200 ruins which hold on to fascinating explorations. Over these years the ancient city has invited thousands of visitors towards it and has been declared as the UNESCO World Heritage Site.

This is the most popular tourist attraction alluring Southeast Asia. Featuring the extravagant capitals of Khmer Empire these ruins span over an area of 150 square miles. These structures are known to be constructed during the 9th and 15th century. The Banyan Temple remains to be a major attraction here.

There are communication-routes, dating back to centuries, ancient urban plans, water reservoirs imply great planning skills of the civilizations that had prevailed here. This is probably the one that cannot be missed.

The recognition of the ruins of this city pulled down the opinion of it being just a mythological perception. The place had been described to be possessing striking features in Indian myth tales. It was claimed that there were about 70,000 palaces composed of gold silver and other precious metals.

These ruins situated 131 feet beneath the surface of the sea, perfectly meet the underwater city fantasy. These ruins are so incredible geometrically, that experts involved in researches had been left stunned.

There are over 600 cliff dwellings in the Mesa Verde National Park which were once known to be inhabited by Anasazi people. These groups are regarded to reside here from the seventh to fourteenth century AD. There’s the famous cliff palace composed mainly of sandstone, mortar, and wood.

Overhanging the cliffs here, this palace was once accessed through a ladder and was known to house about 100 people.

Egypt had been famous for ruins and among all spectacular lost cities that have been found some belong to this place. Thebes was known to be the Egyptian capital during 2040 to 1070 BC, dedicated to the supreme sun god Amon.

There are splendorous attractions to witness here including the Temple of Luxor, Temple of Ramesses II and the Karnak Complex. Also, the Tomb of Tutankhamen is a great attraction here. Moreover, the place houses the greatest architectural achievements the world could have ever had.

Tikal lost cities remain to be the jewel on the crown in Guatemala and boast perhaps the greatest Maya city-states.

The six magnificent temples here are known to dominate the landscape just as they would have done when the place breathed life.

Above the rainforest canopy the bustling, illuminated ceremonies were known to be held in the splendid surroundings here. Though the size of the city is now swallowed up by the jungle, the way it is set will surely amaze you.

This is one of the long-lost cities discovered in 1922. Excavations in Mohenjo Daro reveal the fact of it being the largest city of the Indus Valley civilization.

The Great Bath is the most important structure unearthed here.

Before the discoveries of sites like Bandurria in Peru, Caral had been regarded to be one of the oldest urban settlements in the Americas. However, there were no weapons, no battlements or no mutilated bodies found from the excavation sites here.

This lost city is therefore believed to be one of a gentle society involved in music, commerce, and pleasure.

The excavated city of Vijayanagar in Hampi is known to date back to 300 BC and was known to exist with the same name. This city has also got a mention in the epic Ramayana as Kishkinda which was a realm of monkey gods.

In 1500 AD Vijayanagar was regarded to hold a population that was twice the population of Paris and makes its place among the most popular lost cities list. The spectacular Virupaksha Temple is also found here.

This magnificent ancient city was founded in 518 BC by Darius I. It may have taken over a century to build the entire city.

As you enter the huge All Nation’s gate, a large terrace faces you. Also, every portion of this creation is designed well with intricate carvings portraying king, officials, representatives, and slaves. One can get a perfect highlight of the Persian Empire at that time.

Ephesus was known to be a port city situated on the River Cayster. During the Classical era, this was known to be the largest Mediterranean City. Attractions here include the Temple of Artemis, which is an ancient world wonder.

Also, the library of Celsus which later served as his tomb is also a great element to consider here. All these are testaments of the senator’s wealth that they had once held.

Sanchi is counted among the most popular historical destinations in India. Erected during the reign of Emperor Ashoka, here are spectacular structures including the Ashoka pillar and Stupas built in the Greco-Buddhist styles.

Dating back to 300 BC this city was rediscovered in the 19th century this is own of the most considerable lost cities in India.

Location: Sanchi Town in Raisen District in the state of Madhya Pradesh.
Nearby Attractions: Sanchi Museum, Udaygiri Caves.
Timings: All days of the week from 6:30 AM – 6:30 PM
Entry Charges:

ALSO READ: 15 Best Things To Do In Andaman Islands

This Maya archeological site was known to be the seat of the Snake Kingdom. It was where the Kaan Dynasty was relocated. Calakmul means, City of the two adjacent Pyramids.

There were two small pyramids and hundreds of very small other structures. Dating back to the seventh century, this city is now surrounded by lush jungles.

Known popularly as the Scottish Pompeii, Skara Brae is a settlement older than the Great Pyramids and Stonehenge. This is a stone-built Neolithic settlement situated on an island in Orkney archipelago in Scotland. This was discovered during severe storms from 1850 to mid-1920s.

These lost cities of the ancients will let you have a perfect historical and archeological exploration with a lot of fascination and great experiences. So plan your visits well!

Timings of evening trip are available in July and August.

Spain is without a doubt one of the most...
America

5 Most Unique Tourist Attractions In Arizona | The Grand Canyon State

Arizona is a beautiful state located in the southwest...
Beaches

5 Spectacular Attraction And Things To Do In St. Andrews

Being one of the oldest cities in Scotland dating...
Interests

While you may be viewing Mexico as a deserted...