Incredible houses where you can actually live! 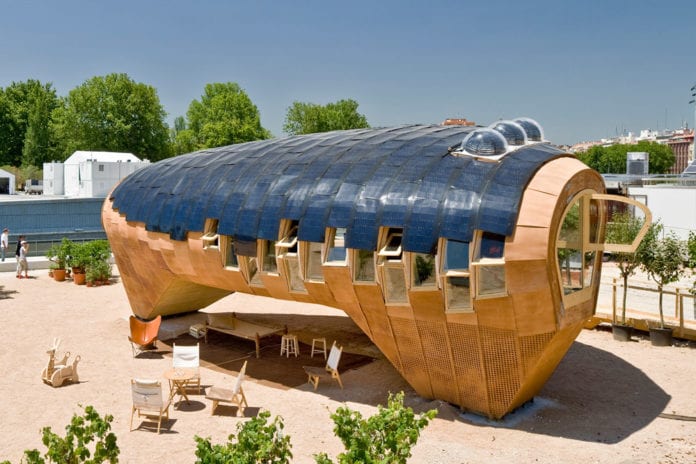 Can you imagine living in a house that can turn into any direction you want? Well, this may sound not possible! but this is possible and you will only believe after knowing about it. You have seen expensive mansions, private houses. But today, we’ll unveil about some incredible houses where you can actually live.

Without wasting time, have a look at the list of most beautiful houses around the world.

If you’re an architect, and money’s no object, then you’d be able to build whatever type of house you want- and that’s exactly what Antti Lovag did in the hills of Cannes in southern France.

Between 1975 and 1989, he built a sprawling complex known as the Bubble House, and it’s one of the coolest homes in the world on the planet.

It was bought by the fashion designer Pierre Cardin and has since become the site for high profile celebrity parties, hosting stars like Dakota Fanning, Pierce Brosnan, and Marion Cotillard.

He also hires it out for events for $15,000 a day, especially to companies wanting to host extravagant parties- usually during the Cannes Film Festival.

Inspired by ancestral homes, the terracotta-colored pods are just as unusually designed on the inside as they are on the outside.

Recently, the pad has been put up for sale for a whopping $500 million, but if that’s slightly out of your price range, you can hire a room for just $1000 dollars a day to experience it for yourself!!

It’s the age-old problem- when you buy a house, which direction do you want it to face? The Sun in the morning is in a different place in the sky than it’s in the evening, and usually, you have to make a choice about what is more important; Towards the Sun, away from the sun, is it energy efficient??  There is a way around this, as Bohumil Lhota from the Czech Republic found out.

He, by himself, has spent more than 20 years building his ideal home. A vast proportion of it is underground and was constructed with eco-efficiency in mind. It maintains a constant temperature throughout the year because it is insulated by the ground around it.

On the lower level, there is a circular swimming pool, and the top floor is the living quarters- but the views are what makes this house a one of a kind. It finds its place in the list of unique houses designs.

And it’s not just the one view that this place has, because the orientation of the building is completely changeable. It’s often referred to as the roundabout house, because when you’re bored of what you’re looking at, or simply want to chase the sun.

You can push the mechanism and turn the entire structure around to face in whatever direction you want! Cool, right?! Customizable houses could, quite possibly, become the way of the future!!

They allow you to make the best use of the warmth of the sun’s rays and use less power to heat it up by other means. For the moment, though, this is the only one of these homes in the world, so you’ll need to move to the mountains near Prague to be able to live in it! If it’s ever for sale!

Simon Dale didn’t want to be weighed down with house payments for the rest of his life. So, he instead decided to build one of his own. Armed with only $5,000, a chainsaw, hammer, and chisel- he moved his family to a Welsh hillside and got to work.

He had no experience with carpentry or design houses. So, he used a material that he scavenged from local refuse facilities. Can you imagine?

ALSO READ: Solo Trip To Barot Valley- A Guide For Your Next Adventure

Four months later, the result was amazing. It’s an eco-home built into the hill and looks just like the kind of house you’d expect to see the Hobbit living in. Dale kept eco-friendliness as a core theme here, and made the outer shell from straw and plastic sheets to keep rainwater out and the heat in.

He covered the whole thing with gravel to ensure it fits in perfectly with the surroundings. Power is generated by discretely placed solar panels. There’s a fridge that is kept cool by the air being blown from beneath the foundations, and they even have a compost toilet. So, nothing goes to waste.

While this structure will always be his family home, Dale has been contracted to build a replica in the Lammas village, the first eco-village in Wales. So, soon enough you could make one of these your home!

They’re known for doing things a bit different in New Zealand, and the Sky Sphere is no exception! Jono Williams, a director of an IT company, came up with the idea when out drinking with a friend and made the designs in his spare time.

3 years later, his plan has become a reality and it looks truly amazing. It’s one of the unique modern houses that you’ll ever see!

Do you love natural daylight in your home? Well, then it is home for you! It is completely transparent, there is so much sunlight, but no privacy. Built by Sou Fujimoto Architects, this house gets its inspiration by our ancestors who lived in trees.

This is for skateboard enthusiasts. The whole house is designed like a large skateboarding rink. The house was designed by former pro skating world champion, Pierre Andre Senizergues.

A Chinese architect Dai Haifei was upset with the rising prices of real estate in China’s capital. So, what did he do? He made himself an egg-shaped house on a sidewalk. It caters to its basic requirements and is fully powered by solar energy. And it’s also cheap. It cost only $ 964 to build this house.

It is the world’s thinnest or slimmest house. It is 152 centimeters wide at its widest point. Jakub Szczęsny, the designer is its only resident; he wanted to ensure that no urban spaces go unused. And so he squeezed his house in between two other buildings.

Sim Jae-Duk, the mayor of Suwon designed this house in the shape of a toilet to honor the founding of the World Toilet Organisation. The house has a beautiful rooftop balcony which contains flags of many countries hoisted there. It is also an expensive house and its price is more than one million dollars. It’s one of the best cool houses in the world.

This house in Germany stands on its roof. It was built by Polish architects Klaudiusz Golos and Sebastian Mikiciuk for tourist attraction, which is throughout the year. The house is a part of the ‘World Upside Down Project.’ It allows visitors to view things from a different perspective. Even the interior here is upside down.

Mirror House in Bolzano, Italy, has a unique “mirror” design. it is difficult to notice the house as it disappears from the surrounding area because of its mirror thing. On your entrance, a new visionary home is at your disposal. Most importantly, you can rent it for any event or on your vacations! It’s definitely one of the most amazing houses in the world.