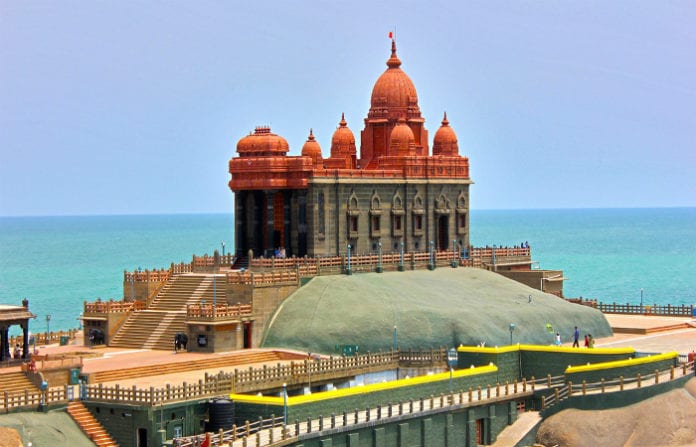 Madurai, the second largest city in Tamil Nadu. It is one of the state’s best travel destinations, which is more than 3,500 years old and has remained a major center for Tamil culture and learning. The city is often referred to as the “Athens of the East” because of its similar architectural style, including many alleyways.

TOP PLACES TO VISIT IN MADURAI

It is a historic Hindu temple located on the southern bank of the Vaigai River. It is dedicated to Parvati, known as Meenakshi, and her consort, Shiva, here named Sundareswarar.

It is a 17th-century palace, erected in 1636 AD by King Thirumalai Nayak, a king of Madurai’s Nayaka dynasty who ruled Madurai from 1623-59.

It is the Roman Catholic Archdiocese of Madhurai. The notable feature of the church is the two tall elegant bell towers constructed in the Roman style which is at a height of 42 meters.

This temple is dedicated to Lord Vishnu. It is situated at a distance of 21 km from the city of Madurai. This Vaishnava temple has the unique reputation of the Lord’s revelation to the Pandya king, Malayathuaja Pandian, and Dharma Deveshai.

It is a famous Hindu temple dedicated to Lord Vishnu located in the center of the city of Madhurai. Koodal is another name for Madurai and Azhaghar Means the beautiful one, in Tamil.

The temple is an ancient one and very close to the famous Meenakshi Amman Temple. It is one of the 108 divyadesams the holy abodes of Vishnu.

It is a Hindu temple in the Madurai District In the entrance of Alagar Koil. The temple is built in the style of the Badrinath temple, Uttarakhand. The principal idol represents Vishnu in a meditative posture and is flanked by Nara-Narayana.

It is an enthralling amusement theme park located in Paravai on Madhurai- Dindigul National Highway 7,5 km from Madurai. The park is located on a 70 acres site and features about 40 games and 20 water rides.

It is a town in Madurai district. Thiruparankundram is known for its ancient temple of Hindu Deity Murugan. It also has the Islamic Dargah of Hazrat Sultan Sikandhar Badhusha Shaheed at the top of Thiruparankundram hill.

Madurai’s wholesale banana market is a fascinating place to visit. Apparently, 16 varieties of banana are sold here. There’s a vegetable market next to the banana market, which is also a hive of activities and great for people watching.

It was established in 1959 and is a memorial museum for Gandhi. It is now part of one of the five Gandhi Sanghralayas in the country. It includes a part of the blood-stained garment worn by Gandhi when he was assassinated by Nathuram Godse.

Umaid Bhawan Palace Hotel in Jodhpur is a place...
Interests

Traveling the world is one of the most diverse...
Cultural Trip

No Janmashtami Celebrations This Year; Vibrant Cultural Explorations You Will Be Missing

India is one of the best places to visit...