19 Best things to do in Amsterdam 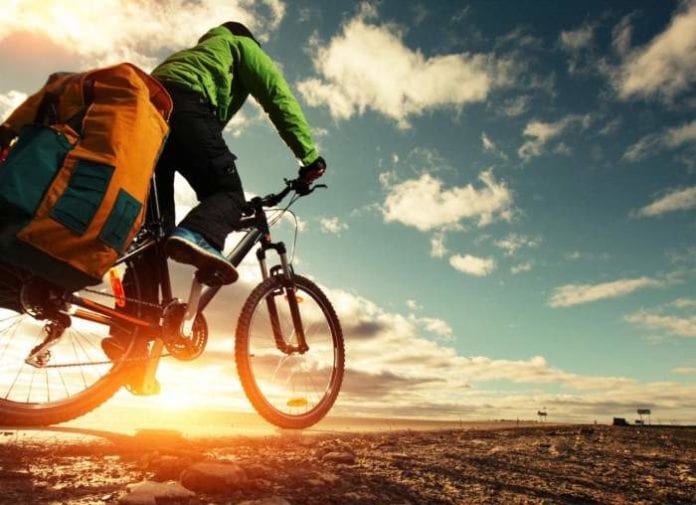 There are a lot many things to enjoy in the lovely city, Amsterdam. With its picturesque canal network, rich history and vibrant cultural views, the capital of the Netherlands is one of the world’s most fascinating city destinations. There’s no end to the selection of things to do in Amsterdam in any weather.

The best things to do in Amsterdam include the Heineken Experience, taking a bike tour, The red light district, the canal cruise, and many more.

Check out the top things to experience in Amsterdam

An Amsterdam city walk is the most recommended one and is a must for everyone visiting Amsterdam. You will get to know more about the city, its rich culture and the guide knows the best places to visit,  to enjoy the nightlife and to grab a bite. Therefore, it’s best to put this activity first in your day.

In Amsterdam, there are over 800,000 bicycles. The number of bikes is more than the people! Cycling in this city is a way of life which is made much easier by the city’s wonderful network of cycle routes and flat and smooth landscape.

Usually, Amsterdam finds its spot in the list of world’s most cycle-friendly cities, and there’s no finer way to explore the city’s streets, canals, and attractions than by pedal power.

It’s just so safe to be cycling in Amsterdam. A cheaper option would be renting a bike and plan your own trip, roam freely around the city. It’s surely is one of the amazing things to do in Amsterdam.

An incredible and relaxing way to view some of Amsterdam is by taking a cruise for which the city is most famous for!

Created in the 17th century to keep the sea at bay, Amsterdam’s UNESCO protected canal belt is the ultimate picturesque vision of the town, and a jaw-dropping sight by both day and night – when bridges are all lit up by the charming, fairy lights and the whole area gives you the feel of magic.

To soak yourself in the hues of the city, float along the canals by guided tours which are a great way to explore the city.

You can choose to go for a daylight cruise or a night cruise, there’s the sightseeing cruise, the hop-on-hop-off canal bus, the pizza cruise, a cocktail and many more. You will surely in love with the place and would definitely go for a romantic dinner/candlelight cruise! It’s one of the top-rated tourist attractions in Amsterdam.

De Pijp in Amsterdam is the most popular, also favorite neighborhood and translates into ‘The Pipe’. The quarter was built to ease the overpopulated Jordaan district and to the house laborers, making De Pijp a melting pot of cultures and nationalities.

In present times, it’s also known as the  Latin Quarter of Amsterdam and is undoubtedly one of the most lively and vibrant districts of the city.

Go to one of the many typical Amsterdam pubs, check out Albert Cupymarket with its many shops and try one of the international restaurants.

Later on, you can chill with a stroll through the Sarphatipark, a calm oasis in a bustling neighborhood.

Vondelpark is Amsterdam’s largest park and also the most popular and famous park in the whole of Netherlands. With 10 million plus visitors, hitting the place each year, this is definitely one of Amsterdam’s top-rated tourist attractions in the city.

Especially during the spring and summer months, many people relax and enjoy a being soaking in the sun while having a picnic, or chill-out drinking a beer. You’ll spot people jogging,  rollerblading, a free open-air theater (June, July, and August), cafes in good numbers, monuments and more.

Van Gogh museum is acknowledged with the largest collection of works from Vincent Van Gogh all over the world. The museum is one of the most famous painters in the history of the Netherlands, which is a lovely place comprising of 200 paintings, 400 drawings, and 700 letters by Vincent van Gogh.

This is one of the stops that shouldn’t be missed! This theatre only seems to be getting berserk reviews on how wonderful the shows are here and how beautiful the building is!

Leidseplein is one of the most renowned squares in all of Amsterdam. It’s also known as Amsterdam’s nightlife hub as you’ll find many of the most popular cafes, bars, clubs and restaurants around the square or the nearby streets. It’s a great starting point in the evening to explore the nightlife

The Artis Royal Zoo is officially known as Naturis Artis Magistra, which date back to 1838 making it the oldest zoo in Holland. Among others, it houses an aquarium, planetarium, an insectarium, and butterfly pavilion.

10. Museum of Bags and Purses

Ladies, are you listening? How about a collection of more than 4000 bags belonging to the late Middle Ages until today? You’ll have a really great experience visiting this fun museum.

The Paleis op de dam, or the Royal Palace of Amsterdam, is situated in the very heart of the city on the Dam Square. This is one of the three palaces which are at the monarch’s disposal and the credit goes to an Act of Parliament. It’s often used for Royal Events and official receptions and is open to visitors for most of the year.

You don’t have to buy a postcard on street vendors but instead, go to Postcard Experience to get your digital postcard! In this small studio, you will find your own video for your trip to Amsterdam (you will be filmed in front of a green screen).

Heineken is one of the most popular beers in the world, is now surprised that they’ve made an attraction about it: see the process of brewing and the first hand on the journey through the history of Heineken Beer and the Henken family. Keep in mind that you have to be at least 18 years or accompanied by an adult (of course you will not be able to taste any alcohol under 18 years of age).

This cocktail and jenever flavor bar is named after the Lucas Bols spirit, the oldest brand of spirit in the world. There are various areas in the House of Bols: Hall of Taste, Bols Fair booth, the Mirror Bar, the Bols Shop, and the Bols Bar Trending Academy. It has won the Dutch Design Award for Best Exhibition & Experience.

Though Madame Tussaud’s main museum is located in London, the branch in Amsterdam is definitely worth a visit. Tourists are attracted to this museum by taking pictures of themselves with the waxes statues of celebrities like Lady Gaga and Brad Pitt. This is definitely one of the best things to do in Amsterdam.

It is a museum, none of which exists in the whole world. It is the first museum of its kind, adorned with fluorescent art and many are amazed by its beautiful art and colors. Very low-price and many people considered it a great and influential journey.

In addition to coffee shops, one of the first things, tourists have to think of when imagining about Amsterdam, The Red Light district literally has its own charm and whether you accept the sensible approach of sex business in the Netherlands. This is an area that should be included in your bucket list of travel.

Tip: Do not make women pictures because this can cause trouble for you.

Jordan has grown from one working-class district to an upper scale neighborhood of the city and is known for its boutique restaurants, specialty shops, and galleries. It is also known for its folk singers (among the Dutch), about whom you will find many sculptures. It’s one of the top attractions in Amsterdam.

Also Read: 10 Most Beautiful Churches In Australia You Must Visit

Rijksmuseum is a Dutch national art and history museum, featuring more than 8,000 exhibits of artworks and historic artifacts highlighting the rich and preserved culture of the Dutch. This is the most popular museum in the Netherlands. It depicts the beauteous works of famed artists, Franz Hals, Vermeer, and Rembrandt.

It’s probably one of the best things to do in Amsterdam, visiting this lovely museum.

Best To Visit Amsterdam: The ideal time to visit Amsterdam is between Apriland May or September and November.

Recommendation: Go for the Eurostar from London (and change at Brussels) as you will reach Amsterdam in less than 7 hours.

Though the Netherlands has a well-maintained and state-of-the-art highway network, driving in to Amsterdam might not be the best way to enter the city courtesy the many one-way roads and poor parking facilities here. Even if you do drive in, it is recommended that you park your car at one place and explore the attractions by bike, foot or public transport.

Spend the most beautiful moments with your better half...
Europe

From relaxing in natural thermal pools to soaking up...
International

For hundreds of years, Atlantis city is the most...