13 Top places for beer lovers in the world and enjoy saying CHEERS!

Are you a beer lover? Then this blog will surely gather your attention! The beer lovers will get to know the best travel destinations and the ultimate places where they would love to say CHEERS! 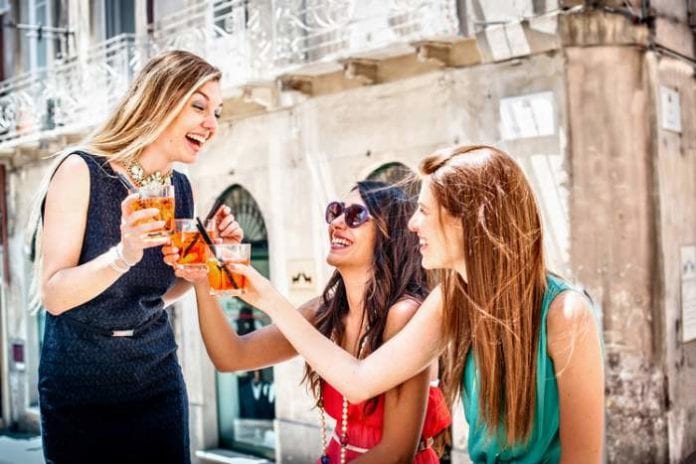 Every beer bottle has its own story of fun, joy, laughter, tears, and happiness. For beer lovers, right from Mexico to Australia, the beer tastes all-together differently at each location.

While there is a series of places, which are exceptionally known for beer, in some places there’s a special tradition makes room for beer culture.

These places act just like a heaven for the beer lovers and the one with their first glass of beer, the extraordinary ambiance of these places gives rise to have one more!

Sunday afternoons are enjoyed at its peak with a can of beer with your best buddy, however, there are some beer wonderlands, calling you to have the best taste of liquor.

So, here arrives the compiled list of a heavenly kingdom where you meet the best beers in the world.

Top places for beer lovers include:

The same taste of the beer is boring you? it’s high time now! Step into the beer world of Ireland with some unusual flavors and thirst for breaking the beer brides. The Dublin city of Ireland is the ultimate paradise for beer lovers.

Do you want to enjoy the tour of the beer paradise group? Dublin in Ireland should be your first choice to the unique beer journey. Your tongue will forever remember the taste of beer from Dublin.

Average Price: Beer at Dublin, Irish beers doesn’t load much on your pocket, with just 2.5 to 3 Euros per person.

Best places for beer: Planned your trip to Dublin, Ireland? Not to forget saying cheers in the city’s oldest beer brew, The Potterhead, and The Brazen Head Pub.

The city of beauty, delicacy, and elegance is what Prague is all about. It’s a renowned promised land for beer lovers. With a fusion of International flavors and Prague traditions, with an exclusive taste of beer malt, people are drenched in the city. It’s one of the top places for beer lovers.

Famous Beer/Beers: The famous Prague beer brand, Pilsner is the ultimate reason behind the rise in country’s beer export economy. Pilsner from Prague is the export country from where it’s supplied to the rest of the world and is home to beer factories.

Average Price: Prague offers an affordable range of print, which costs 4 Euros on an average.

Best places for beer: The culture of Prague dates back to the 17th-century beer tradition. The best beer pub in the city is Sly Clancy’s pub.

The city was once famous for drinking culture of Vodka, which is now turning into a bliss world of beer lovers. The reason says, blend of international touch in the Russian Culture, Russia is now more inclined towards beer brews than vodka shots.

Moscow is the center point for beer geeks rather than vodka mixers. Initially, Russia was brimmed with American pop culture and German lager.

Also, the paradise drink for beer lovers is crowned to Russian beer with the growth of local brews.

Famous Beer/Beers: Moscow beers includes Baltika, Bochkarev Krepkoe, and Stary. These are known to be the best beers in the city.

Average Price: Average price of a beer can in Moscow is around 1 to 2 pounds.

Best places for beer: Hamovniki Venskoe is the oldest brewery in the city. Also, Craft republic is the most promising pubs in Moscow where you’ll enjoy having the beer time.

Munich, Germany, by choice known as the paradise of all Beer cities in the world, is the heart for fresh brew and lager. The annual Munich Oktoberfest is the biggest drinking fall festival of the city which houses more than six million beer lovers under one roof, from across the world. German beer hall is the place for beer lovers in the city.

Famous Beer/Beers: The three most famous beer brands that originated in Germany itself includes Paulaner, Hacker-Pschorr, and Erdinger.

Average Price: Average price is between 3 to 4 Euros.

Portland is crowned as the largest city in Maine. With a comprehensive population of 204,000 residents, Portland is acknowledged as beer house of the USA.

The city is the residence for the largest range of authentic restaurants, surrounding all its area. The city overloaded with an array of bars and beer parlors accounts for perfect examples of the popularity and jam-packed status of the city. Portland is famed as Brew center for beer lovers and famous as one of the best places for beer lovers.

Famous Beer/Beers: Portland is the origin of many beer companies. Naming just a few, Allagash, Novare Res, Oxbow, and Bunker are the best in the city.

Average Price: Low cost, affordable prices is what Portland offers. With a cost of $50 per person, this place is the paradise for all beer lovers.

Best places for beer: Voyage to the city’s best beer brewery is the best experience ever.

Mexico City defines its authentic range of traditional atmosphere that it provides to its beer parlors and in-house beer brewery.

Puebla, a place just two hours from the City of Mexico, is the newly formed beer hub for the Mexicans with the rise of the poblano brewery.

In a way true, the city is a blend of traditional outlook and exotic culture, making it paradise for beer lovers. Are you in love with Mexican food? Visit the city once and you will be a fan of its beer brew too.

Famous Beer/Beers: Beer box, Osadia, Xochipilli, and Babilonia Alquimia Mexicana are the some of the exotic flavors you’ll find here.

Average Price: The average cost is 2.5 USD per person.

Brussels in Belgium ships around 400 different Belgium brands of beer to the rest of the world. The country is more like a beer source for beer lovers.

Brussels is the heart of Belgium and is popularly jammed-pack due to its high profile beer culture, which dates from the 17th century. Belgium is also renowned for the lovely chocolate ice-creams. It’s amongst the best places for beer lovers.

Average Price: Home to 400 different beer breweries, the average cost of a beer in Belgium ranges between 1.27 Euros per headcount.

Best places for beer: When you go for the purpose of tasting the city’s best beer in Brussels, then you must find yourself at De Gouden Boom Brewery Museum, which serves city’s best beer.

It all started with British culture, beer is a mix of British history. For decades, British beer brands have ruled the world, unless other countries have become popular. Talking about the beer geeks’ paradise, London, UK offers the best beer in the world. Beers in London has been made for more than 100 years now.

London is famous for its top fermented cask beer, widely known as Red ale. Other beer styles include Indian pale ale, stout, brown ale and so on. With the authentic blend of 18th century British Vogue, beers in London is the best in the planet of beer lovers.

Average Price: London beers cost around 3 to 3.5 pounds per person.

Best places for beer: The Old Truman Brewery is the famous place to say cheers in London.

Also Read: 19 Best Things To Do In Amsterdam

Amsterdam, Netherlands, the city of paradise for beer lovers is better known as Dutch land. The place is also known for beer geeks. A combination of oldest breweries which dates back to 17th century and newest local breweries of the 21st century have somehow managed to build a connection between its generations and shown the cool mode and heavy ambiance to its beer lovers.

Famous Beer/Beers: Heineken, Amstel, and Grolsch are the largest beer brands of Amsterdam, exported to the rest of the world.

Average Price: Beer in Amsterdam costs around 2.50 Euros per head.

Best places for beer: Jordan should be the first choice to say cheers while you’re in Amsterdam.

Also Read: Peek Into 21 Unique Things To Do In Denmark

There are bars in Copenhagen shows a complete combination of Danish and foreign culture. With the Danish and American pop culture mix, Copenhagen has emerged as one of the real beer venues for beer lovers. From blonde pale ale to red ale, Denmark shows variety for everyone.

Rich in malt and lager, Copenhagen, Denmark beer are the best for those who like to enjoy a strong flavor with every glass of this fermented beer. The supply of Danish beer is to all countries of Asia. The essence of Copenhagen beer is the best one that you’ll ever taste.

Famous Beer/Beers: Carlsberg, Tuborg, Royal, Jacobsen are the famous ones.

Average Price: The average cost of beer in Denmark is 4.70 pounds per headcount.

Enjoy European Culture in North American State, Canada. Although Montreal City is best known for its high-class business culture and traditions, beer is quite new to this place, but in no time, the city has blended with the city’s traditional culture.

In Canada, Montreal has wrapped itself in a series of beer brews and pubs, some of which dates from the 18th century. Enjoy the authentic range of lagers offered to its people.

Famous Beer/Beers: Molson, Labatt, and Sleeman are the three largest beer brands of Montreal in Canada.

Australia, famed for its renowned craft beer culture. Australia’s craft beer culture dates back to 18th century world history when only some brands existed in the world and Sydney’s Corona was one of them. Not only this, Corona Beer was the top brand for lovers and is still the favorite brand by Beer Geeks.

Sydney, Australia, is an authentic mix of a traditional and modern culture of beer making in the city, making it the perfect place for beer lovers.

Average Price: Costing of beer in Sydney is $7.87 per headcount.

Best places for beer: The old Nelson Brewery in Sydney, Australia is a lovely place for beer lovers.

Hungary, the haunted place of beer lovers produces the commercial range of best beers in the world. Budapest, Hungary is among the world’s four largest commercial beer production houses. The beer culture in Budapest dates back thousands of years when the world was fighting against each other in The Great War.

The produce of beer in Budapest is on large scale and exported to the rest of the world. Although less expensive, in relation to its high fame and popularity, the best taste of beer you will find in Budapest that will stick to your tongue for the rest of your life. The country houses both German-style dark beer and British beer vogue. it’s one of the top places for beer lovers.

Average Price: Beer price in Budapest, Hungary is around 1.06 pounds to 1.08 pounds.

Traveling the world is one of the most diverse...
Interests

What you see, how you see defines what your...
Interests

7 Ways Cruises Will Change After The Pandemic

All this time with COVID-19 has been difficult enough...