11 Best Things You Can Do On Your Visit To Rwanda, Africa

Travelers carry a distinctive interest to explore Africa and the amazing experiences it has to offer. In the lap of the Great Rift Valley, it is one of the smallest yet densely populated countries in Africa’s mainland.

With the savanna plain in the east and mist-covered mountains in the west, this place is a subtropical expanse. Rwanda is one of the only two places in the world, where you can see gorillas in the wild, without having to risk your safety.

While most of the visitors arrive here for mountain gorillas, there’s a lot more this place has to offer. You will reach out to brimming cities, memorials, and artworks, lesser-known national parks which have a different level of pleasure.

Best Things To Do In Rwanda

There are three major subgroups within the population in Rwanda: the Tutsi, the Hutu, and the Twa. Because of increasing tensions between the Hutu and the Tutsi in April 1994, Juvenal Habyarimana, the Rwandan President, who was a Hutu was killed. The Tutsi rebels shot down his plane.

As this conflict grew, over one million Tutsis and Hutus were slaughtered. The Kigali Genocide Memorial and its exhibitions are based on this horrifying period, its causes, the events that came forth, and the after-effects of the same. This center also became a mass grave for over 250,000 genocide victims.

The Nyamata Church, about 20 miles away from the capital, gives a hard-hitting insight into the horrific events of the genocide. This is were the Tutsi found shelter to save themselves from Hutu attackers. However, the church doors were forcefully open with the help of grenades and the people here were massacred.

Over 50,000 of the victims have been buried at the Nyamata Church while the bones skulls and bloodstained clothes of the dead people are put to display so the genocide events are never ignored or downplayed.

There are various worthwhile art galleries and studios at the heart of Kigali. A few popular names among them are Ivuka Arts Centre, Inema Arts Center, and Niyo Art Gallery. Inema offers insights into the work of various artists across different media and has space for almost 10 artists in residence. Various training and workshops are also conducted here.

At Ivuka Art Center, you are offered to talk to the artists who’ve created the art pieces. There are dance and music classes for children. The Niyo Art Gallery, serving as a studio and cultural center could be a great visit too.

While only 1000 are left in the wild, mountain gorillas are on the verge of extinction. They are found only in Rwanda, Uganda and the Democratic Republic of the Congo. Volcanoes National Park is popular as the base for gorilla trekking in Rwanda and it’s one of the major reasons visitors arrive here. However, you will have to move on foot across the tropical montane cloud forest in search of gorilla troops.

Once you locate them, enjoy reminiscing the similarities in you and your friends and them. Gorillas share 98 percent of human DNA and this makes the encounter even more interesting. Trekking permits are limited and expensive however, you should not miss this experience of a lifetime.

While you explore the Volcanoes National Park, make time and set off to Musanze Cave. Stretched out to over a mile into the basaltic lava rocks of the volcanoes, stairs and walkways take you through the cave. You will enjoy knowing more about the cave’s history and fascinating facts.

During times of persecution, this cave served as shelter to people. It is hardly a 2.5 hours’ trail. At several places, the roof of the caves has collapsed light entering from here illuminates the caves. The caves are popular for its huge population of roosting bats.

The Akagera National Park is situated in the far east of Rwanda. This national park holds on to a majestic ecosystem. It counts as the largest protected wetland in Central Africa, and the only Big Five game reserve in Rwanda. Here you can embark on traditional African safaris, that will take you amidst over 12000 large mammals including lions, rhinos, elephants, and various others.

Akagera is also the topmost destination for birdwatchers 482 recorded bird species. Some of them include the shoebill stork, shoebill stork, and red-faced barbet. There many interesting trails and luxury accommodations.

The Kings’s Palace Museum is situated in Nyanza which served as the former capital of Rwanda. Reminiscing the architectural styles from the past, this museum has been reconstructed out of traditional royal residences. It has been built like a thatched beehive.

Here you will meet the long-horned Inyambo cattle. They are known to be the direct descendants of the king’s original herd. The cattle were trained to respond to the songs of their trainers and attend celebrations and ceremonies with the king.

8. Go Hiking Or Biking At The Congo Nile Trail

Adventure seekers may go for an extended exploration of Lake Kivu, through a hiking or biking trip. The Congo Nile Trail is a 141-mile route with unpaved local roads, starting in Rubavu. It moves along the lakeshore for several miles further. As you ascend upwards, you will be taken to tangled forests, scenic farmlands, and tea plantations.

The trail ends in Cyangugu to the south of the lake. On the way, there are tiny rural villages with friendly Rwandan population and spectacular views. You may either take up a guided tour or explore the trail independently.

Expanding up to 1,040 square miles, Lake Kivu is the sixth largest lake in Africa and the largest in Rwanda. It has deep emerald green waters, surrounded by fringing mountains. Moreover, it is a spectacular place to spend a few days amid adventures and relaxing atmosphere.

On the northern shore of the lake, there’s a colonial-era resort, Rubavu with various restaurants, waterfront bars, and hotels. You may go for a guided cruise tour to explore the island.

The Ethnographic Museum is located in southeast Rwanda and counts as one of the six national museums of the country. It has seven ornate exhibition halls, with artifacts and exhibits presenting traditional culture. You will know about the local authentic hunting culture, agricultural tools, and clothing.

Did you watch the 2004 film, “Hotel Rwanda”? If yes, then you will surely be able to relate to the story that showed the situation during the Rwandan genocide. They lived in Hôtel des Mille Collines in Kigali. Overlooking the pool, this hotel is still a great place to dine and enjoy drinks. You will enjoy being here.

While you plan your visit to Rwanda, consider these activities. 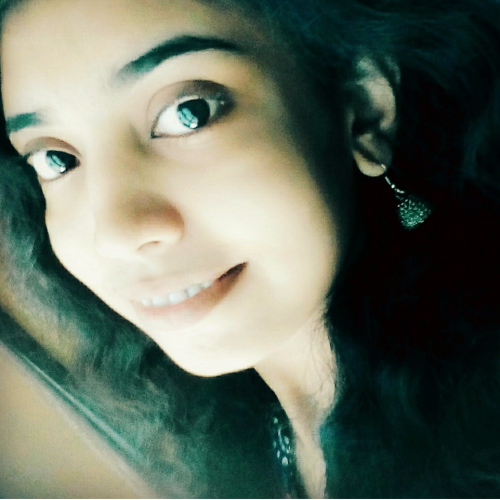 “Food is a common ground and a universal experience.”...
Africa

13 Most Worthwhile Things To Do In Egypt

Egypt has been a shining, ancient attraction for visitors...
Africa

Seychelles: “What would be your first wish if you...
Africa

Madagascar is a massive island nation located on the...